I had terrible stage fright when I first started performing again in 2006, after 12 years of not playing the piano. I started reading books on handling performance anxiety. I like to share with you my inventory of techniques. I know it is a long list, and some may even sound contradictory to each other. So just pick a few and experiment with them. If one does not work, move on to another technique. The mind is just like water: if you don't disturb it, it has no ripples

Below is a list of books I found useful:

Esposito , Janet E., In the Spotlight: overcoming your fear of public speaking and performing Green, Barry, The mastery of Music: Ten Pathways to True Artistry Green, Barry, The Inner Game of Music Kochevitsky, George, The Art of Piano Playing: a scientific approach

Quick Fixes For Anxiety while in Backstage

Surrendering into the spirit of the zone... no audience, no me - everything was gone except the music (1)

I was inspired by a behind-the-scene footage of the amazingly moving film Monsters Ball. The footage shows how Halle Berry and Billy Bob Thornton prepared themselves seconds before the camera rolls for a highly intense scene inside a car. Instead of seeing the actors meditating intensely, they were actually joking with each other even seconds before the camera starts rolling.

As soon as the camera rolls, suddenly the actors snap right into their characters, as if they put on a mask and are no longer themselves, but are the characters they are portraying - their facial expressions, intensities of their eyes, and their whole body suddenly changed 180 degrees. I now see an imaginary line dividing the backstage and concert platform. As soon as I cross that line, I snap into the musical character I am portraying. I visualize myself being a creature shedding my old skin, emerging anew becoming the music itself! I am an actor of the music - I am not myself anymore, but the character portrayed by the music (11)

If Inadequate Time to Try Piano

While Sitting on Piano Bench, Right Before Touching the Piano

To Get Over with Being Ego-Centric

Below are more of his wisdom: from Easter Wisdom, Modern Life. Collected Talks. 1960 - 1969; Chapter Five: The Images of Man Hindus idea is that God did not make the world, but acted it. That is to say, every person and every thing is a role or part that the Godhead is playing. [p. 53] You don't have to understand in words how to breathe. You just breathe. Hindus image of the Divine is of a sort of centipede. A centipede can move a hundred legs without having to think about it, and Shiva can move ten arms very dexterously without having to think about them. It is just done simply, like that. If we had to describe this simple way in words it would be very complicated, but God, in the Hindus idea, does not need to do so. [p. 54] The Hindu does not see any fundamental division between God and the world. The world is God at play; the world is God acting. [p. 55] The Hindu feels that the Godhead acts his part so well that he takes himself in completely. And each one of you is the godhead, wonderfully fooled by your own act. And although you wont admit it to yourself, you are enjoying it like anything. So the person is the mask. Isn't it funny how we have forgotten that? [p.57] But if you forget that you are the actor, and think you are the person, you have been taken in by your own role. Behind the stage is the green room. After the play is over, and before it begins, the masks are there. The Hindus feel that behind the scene, under the surface of reality, you are all actors, marvelously skilled at playing parts and in getting lost in the mazes of your own minds and the entanglements of your own affairs, as if this were the most urgent thing going on. But behind the scenes, in the green room - in the very back of your mind and the very depth of your soul - you always have a sneaking suspicion that you might not be the you that you think you are. [p. 58 - p. 59] In all contests you know that while you are going to take it seriously and regard it as very important, in the back of your mind you know it is not ultimately important. Although it is very important, you are saved, and this enables you to be a good player. When we play music - even the music of Bach, to name a great master of what we call serious music - we are still playing. The Hindus see this world as play, in the deeper sense of the word, and therefore they see the intense situations, personally, socially, and so on, in which we are all involved, not as bad illusions but as magnificent illusions, so well acted that they have got most of the actors fooled into forgetting who they are. When he has become fooled, man thinks of himself as a little creature that has come into this strange and foreign world, and is just a little puppet of fate. He has forgotten that the whole thing has, at its root, a playful self that is also your own self. [p. 63 to p. 64] from The Way of Liberation, Chapter Two: Play and Survival p.33 The point is then that life is like music for its own sake. We are living in an eternal now, and when we listen to music we are not listening to the past, we are not listening to the future, we are listening to an expanded present. The present moment is a field of experience that is much more than an instant. To hear a melody is to hear the interval between tones. Within the present moment we can hear intervals and see rhythms. Thus, within each moment we can feel a sequence going on. p.34 Good music, as written by Bach, has no meaning. Classical music, whether it be of the West, of the Hindus, or of the Chinese, has no meaning other than its own sound. And words, like music, have no meaning. Words are noises that represent and point to something other than themselves. The sound water will not make you wet. You cannot drink the noise water. Therefore, the word is symbolic and points to something other than itself. And yet we say of words that they have meaning. And people get all fouled up because they want life to have meaning as if it were words. You are meaning. This is the point: the meaning, the goodie about life is exactly here and now. We are not going anywhere.

Here are other great quotes from other authors: From Umberto Ecos novel The Mysterious Flame of Queen Loana: I started humming a tune to myself. It was automatic, like brushing my teeth but once I began thinking about it, the song no longer came of its own accord, and I stopped on a single note. I held it a long time, at least five seconds, as if it were an alarm or dirge. I no longer knew how to go forward, and I didn't know how to go forward because I had lost what came before. While I was singing without thinking I was actually myself for the duration of my memory, which in that case was what you might call throat memory, with the befores and afters linked together, and I was the complete song, and ever time I began it my vocal cords were already preparing to vibrate the sounds to come. I think a pianist works that way, too: even as he plays one note hes readying his fingers to strike the keys that come next. Without the first notes, we wont make it to the last notes. I'm like a burning log. The log burns, but it has no awareness of having once been part of a whole trunk nor any way to find out what it has been, or to know when it caught fire. So it burns up and that's all. I'm living in pure loss. From Zuckerkandls Sound and Symbol: Time is always new; cannot possibly be anything but new. Heard as a succession of acoustical events, music will soon become boring; heard as the manifestation of time eventuating, it can never bore. The paradox appears at its most acute in the achievement of a performing musician, who attains the heights if he succeeds in performing a work with which he is thoroughly familiar, as if it were the creation of the present moment. 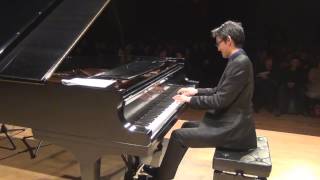 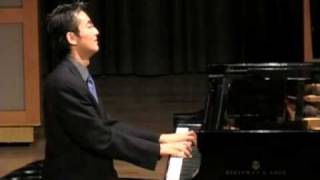